Audio Tweak came into existence in 1989, driven by a passion for stereo, we are old school audio fanatics, passion driven and not money driven, we definitely don’t fall in the category of wholesale box movers.

With an impressive catalogue of products and brands under our belt, here are some of the names we were the first to represent in South Africa, OPPO Digital (universal players), Jolida, Benchmark Media, NuForce, LampizatOr, but to name a few…

We handpick products on merit and cutting edge innovation, for example LampizatOr has some ‘Direct Heated Triode’ tube DACs, you have to experience it to believe it, the closest experience to ‘real to real’ tape playback and vinyl/turntable playback.

The Linear Tube Audio ZOTL amplifiers avoid the use output transformers, and the combination of tubes with that implementation is simply mind blowing, no tube bloat and no lazy bass typically associated with many tube amplifiers.

With regards to cables, we only do the absolute best and finest, Black Cat cables have no equal, entirely made in a one man factory from start to finish, all parts start from scratch, the metallurgy, the cotton, the braiding, etc, Black Cat cables are sonically lighting fast, airy and open with an incredibly natural midrange and always sound focused and clear with a hint of single-ended magic through the midrange. Truly spectacular!

With regards to source, front-end and playback devices, we custom make music servers sonically way superior to any laptop. We also help people make the most out of Roon, sonically we have a few tricks in our tweaker’s sleeves to make Roon sound absolutely out of this world.

In this industry, a lot of products don’t take the time to experiment with tons of hookup wires and have any clue how to mix and match certain wires with their components and parts, not to mention the other components such as caps or resistors used. They just slap together a good base design and couldn’t be bother to go the extra mile. This is why there are so many tweaks out there and so many brands of speaker cables, interconnects, power cables, damping feet promising the world to end-users. Sorry to disappoint you, this is not how it works and its not that simple.

There are multiple levels of tweaking a system, especially if you have the ears and are willing to play and experiment.

We believe that having a preamplifier is of paramount importance, however it is not just owning one that makes a difference, tube preamplifiers can be voiced with different tubes to achieve better system synergy.
For many years I’ve never been 100 % happy with my system, no matter the cost and this is true for many audiophiles, I knew my system was lacking a certain level of magic. What got me started is discovering the sonic differences between various wires, some exotic hookup wires and some plain copper wires, this journey began when I built my first preamp on a PC board, but things really took-off when I hardwired all the components point to point in my preamp whilst eliminating that old PC board, I became obsessed with getting more out of it as the years went by, the potential kept growing and the sound kept improving with better tonality and accuracy. When things really came together was when some of my tweaking buddies were claiming that some caps sounded better than others, I purchased some of those caps and no, they weren’t hugely better, just different, I then decided to experiment more with the caps I thought were least coloured and made adjustments with various flavored resistors and wires and even played with earth wires (solid core, multi-stranded, silver, copper, etc), each earth wires I tested inside my preamp had a profound impact on the voicing of my preamp, some adding much welcome texturing to voices and air and others slowing down the bass or some wires speeding up the bass, by the way lifting the ground wire in a preamp also has its benefit particularly to avoid ground loops/hum but your tweakabilty options are also reduced because the internal earth wire which can make up for at least 35% of the character of the preamp (or even a DAC for that matter) will be limited. I soon enough realized that a preamp is a living thing, everything you mod or tweak in it can either balance out the sound nicely or one single aspect such as poor wiring can totally mess sonic coherence and beauty, yes, even an earth wire!
The last thing I did not expect is how profound the fuse at the kettle plug/IEC inlet could impact the overall sound, the right fuse could make or break the entire synergy of the system. A thin sounding fuse worked best with fleshed-out full and rich sounding output caps, yet with leaner caps a full and rich/dense sounding fuse could make my preamp sound even better and more neutral whist retaining pace and speed by not sacrificing the rich tonality of the exotic rich sounding output caps (example the Duelund or Jupiter caps) I initially favoured, for instance the V-Cap copper/Teflon cap can work wonders when matched with a dense sounding fuse at the kettle plug and the Mundorf EVO Supreme Silver/Gold Oil which can be even leaner than the V-Cap but is blessed with amazing textures in the mids and tons of air can even be a better match with a dense sounding fuse. Same goes for power cables.

If a system is bright, move from silver wires to copper wires, if still bright, introduce some tined wires and play with some rich sounding tubes. The possibilities are endless and so much fun!

Another aspect which totally baffled me are anti-resonance feet. Some are dense and some are lean sounding, I use to dislike one of my feet set for their ultra-lean approach to sound, always sounding somewhat flat and dry with a touch of top-end emphasis, and recently I hit the jackpot with them because I introduced more copper wiring in my system and used more relaxed sounding tubes elsewhere, tubes which I initially wrote-off as sounding lazy and a bit bright even? How is this possible? Well, my secret is “never stop playing around”, the jackpot and reward is just around the corner for those willing to have fun. You need to know your wires and the sonic properties of all components and parts to make it work, without this experience, you sure better leave it to someone with years of tinkering.

It doesn’t help if some manufacturers have degrees in engineering, the black art of modd’ing eludes most of them because they don’t believe a 10cm short wire inside their component can have any impact on the overall sound, it is too much trouble for them. This is the academic mind for you. Someone like me will be viewed as a nut case because they haven’t experienced it for themselves. That’s OK, it’s their journey.

We sell direct to end-users, this means you save on the cost as we cut out the middle-man. Our prices are almost identical to the foreign prices which are always listed without taxes on their website.

NB: To compare our prices, always remember to include the tax if visiting any the original manufacturer’s websites.

We are friendly, and always at your service.

Give us a try, you owe it to yourself! 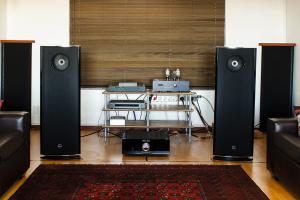